Milan is a city in northern Italy, the second-most populous city in the country (population of 1,370,074) and the capital of Lombardy region. About 8.5 million of people live within the Milan metropolitan area, also known as Grande Milano (“Greater Milan”), the largest metropolitan area in Italy and the third most populous in Europe.

Founded around 600 BC by the Celtic Insubres, Milan was conquered by the Romans in 222 BC. Mediolanum served as capital of the Western Roman Empire for over a century (286 to 402 AD), and it was from the city that the Emperor Constantine issued the Edict of Milan in 313 AD, which ensured religious freedom within the Empire and paved the way for Christianity to become the dominant religion in the Western world. After the falling of Western Roman Empire the city was captured by the Longobards (from which the name of Lombardy region derives) in 569 AD, and entered the Holy Roman Empire in 774 AD after Charlemagne ended the Longobard rule in northern Italy. The relations with the Holy Roman Emperors were tense tough, and Milan was almost completely destroyed by Frederick I Barbarossa in 1162 AD, fourteen years before the famous Battle of Legnano, where a league of Italian cities, including Milan, inflicting a major defeat to the Imperial army. As a consequence, Milan became de facto an independent city-state for two centuries. In 1396 Milan became a Duchy under the rule of Gian Galeazzo Visconti, enjoying a period of substantial economic growth and becoming one of the leading city of the Renaissance period.  The Duchy was annexed to Spanish Empire in 1559 and then passed to the Habsburg in 1714. The Austrian domination lasted for over 150 years, except for a brief period during Napoleonic Wars, until the Italian unification in 1861. It was in march 1848, in the midst of revolutionary wave that swiped through Europe, that an anti-Austrian rebellion arose in the city -know as the five days of Milan– triggering the First War of Independence, a crucial step towards Italian national unification.  At the beginning of the XX century Milan acted as an engine for the rapid industrialization of the newborn state, quickly becoming Italy’s financial heart. The city suffered widespread destruction as a consequence of World War II, but promptly recovered during the post-war economic boom in the ’50s and ’60s, the so called Miracolo Economico (Italian Economic Miracle).

As 2017, Milan has a GDP of €400 billion (more than U.S. State of Massachusetts) and a GDP per capita of about €40,137, the 2nd highest in Europe after Zurich.
Milan is considered a leading alpha global city, with strengths in the field of the art, commerce, design, education, entertainment, fashion, finance, healthcare, media, services, research and tourism. Its business district hosts Italy’s stock exchange and the headquarters of national and international banks and companies. Milan has the third-largest economy among European cities after Paris and London and is the wealthiest among European non-capital cities. The city has been recognized as the world’s fashion and the design capital thanks to several international events and fairs, including Milan Fashion Week and the Milan Furniture Fair. It hosted the Universal Exposition in 1906 and 2015.

Reflecting its millenary history, Milanese culture is rich and eclectic, and borrows elements from the culture of countries and empires that have ruled the city over the centuries. Indeed, about one third of city dwellers can still speak Lombard, a Gallo-Romance language different from (but related to) French and Italian.
Milanese cuisine is also unique in bringing together Mediterranean and Mitteleuropean influences, as clearly seen in the most typical Milanese dishes: Cotoletta alla Milanese (a veal breaded cutlet pan-fried in butter, similar to Austrian Wienerschnitzel), Risotto alla Milanese (a creamy, saffron-flavored rice dish served with ossobuco, the local name of bone marrow), Cassoeula (a wintry pork stew usually accompanied by polenta and a glass of strong red wine), and Panettone, the Milanese signature sweet (but beware, Italians eat Panettone only during Christmas season!).
Today Milan is the destination of 8 million overseas visitors every year, attracted by its museums, art galleries, historical sites and cultural icons.
Among the most famous landmarks are the Duomo di Milano (Milan cathedral, the 4th largest church in the world), the Castello Sforzesco, the Galleria Vittorio Emanuele II (often nicknamed il salotto di Milano, Milan’s living room) and the Teatro alla Scala, probably the most famous opera house in the world.
Leonardo da Vinci has lived and worked in Milan for about 20 years, leaving an indelible mark on the history and artistic production of the City. Milan hosts major works by Leonardo, including the Codex Atlanticus and the Last Supper, one of the most iconic and celebrated paintings in history. His polymath genius also contributed to the realization of the Navigli canal system, which today stands as one of the most popular tourist destination especially to enjoy the aperitivo rite or the vibrant Milan nightlife.
The city is served by a large number of luxury hotels and is the fifth-most starred in the world by Michelin Guide. The city is home to two of Europe’s most successful football teams, A.C. Milan and F.C. Internazionale, and one of Italy’s main basketball teams, Olimpia Milano.

Milan is home of numerous educational and research institutions.
The higher education system includes 7 universities, with 11% of the national total enrolled students and the largest number of graduates and postgraduate students (34000 and more than 5000, respectively) in Italy.
Founded in 1863 and with more than 44000 enrolled students, Politecnico di Milano (PoliMi) is the oldest university in the city and the largest technical University in Italy. According to the QS ranking 2018, Politecnico di Milano ranks as the 6th best technical university in Europe and the 17th worldwide.  To learn more about PoliMi check out the section on this website or visit the official web page.
The State University of Milan, founded in 1923, is the largest public university in the city,  with approximately 60,000 enrolled students and a teaching staff of 2,500 professors (6th largest in Italy). Notable alumni include the 2003 Nobel Prize winner for Physics Riccardo Giacconi, and the 1974 Fields medalist, Enrico Bombieri.
Bocconi University is a private management and finance school established in 1902, that offers  undergraduate, graduate and PhD education fields of economics, management, finance, law, political science and public administration. According to QS, in 2018 it has ranked in the top 10 economic schools in the world in the subjects “Finance Master” and “Business & Management Studies”.
Other notable academic institutions include the Università Cattolica del Sacro Cuore, (the largest Catholic university in the world with 42,000 enrolled students), the University of Milan Bicocca (a multidisciplinary university founded in 1998 attended by more than 30,000 students), the IULM University of Milan, (with a focus in marketing, ICT, tourism and fashion), the Università Vita Salute San Raffaele, (a medical university  linked to the San Raffaele hospital), and the Accademia di Belle Arti di Brera (“academy of fine arts of Brera”), founded in 1776 by Empress Maria Theresa of Austria and considered today one of the most distinguished fine art schools in Europe.
Milan also hosts various research institutes, such as the Center for Nano Science and Technology and the Center for Genomic Science (both belonging to the Italian Institute of Technology, IIT ),  a section of the National Institute of Nuclear Physics (INFN), and 16 sections of National Research Council (CNR). In addition, Milan will be home of the Human Technopole project, consisting in a groundbreaking infrastructure of 30000 squared meters cross-disciplinary laboratories (1500 employed expected) focused on the Life Sciences. 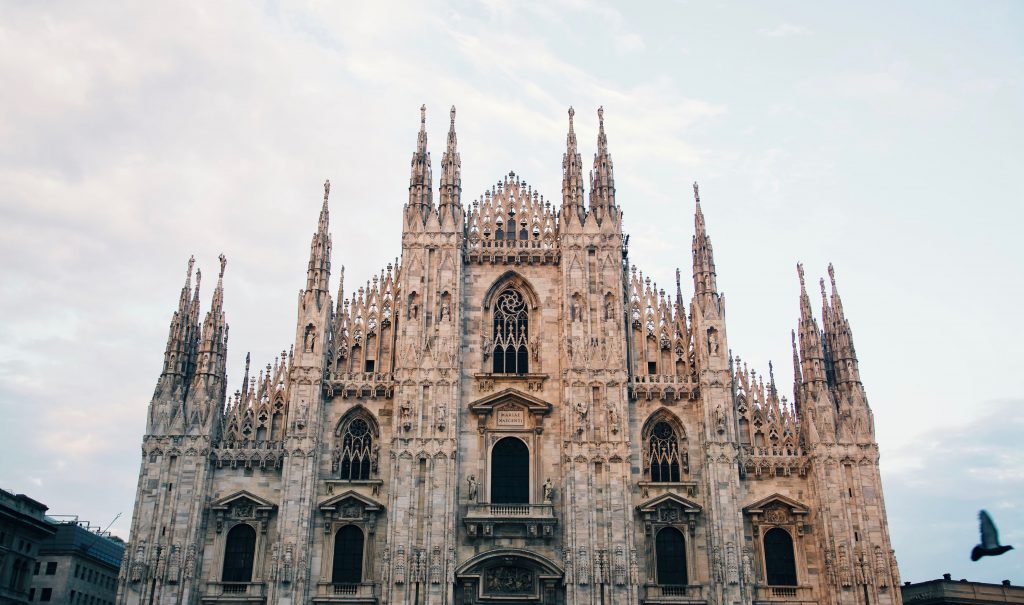